The EJOFAST JF3 self-drilling fastener range is manufactured from the highest grade of A2 austenitic stainless steel, and incorporates a unique carbon pierce-point tip. This coupled with EJOFAST’s ground-breaking thread geometry helps to create a speed and smoothness of installation that has revolutionised thin sheet fixing.

The EJOT Applitec team conducted multiple time tests at a drive speed of 1650 rpm with an end loading of 20kg. An average 30% speed advantage in market terms equates to significant man-hours on any moderate to large metal roof installation. It is JF3’s innovative double thread geometry that is the key to its ‘EJOFAST’ performance advantage. By displacing, rather than cutting the metal, the EJOFAST thread creates no debris. In practice, the removal of swarf means more labour which can easily be ‘overlooked’; hardly noticeable when a roof is freshly installed, but an eyesore when the swarf has turned to rust. 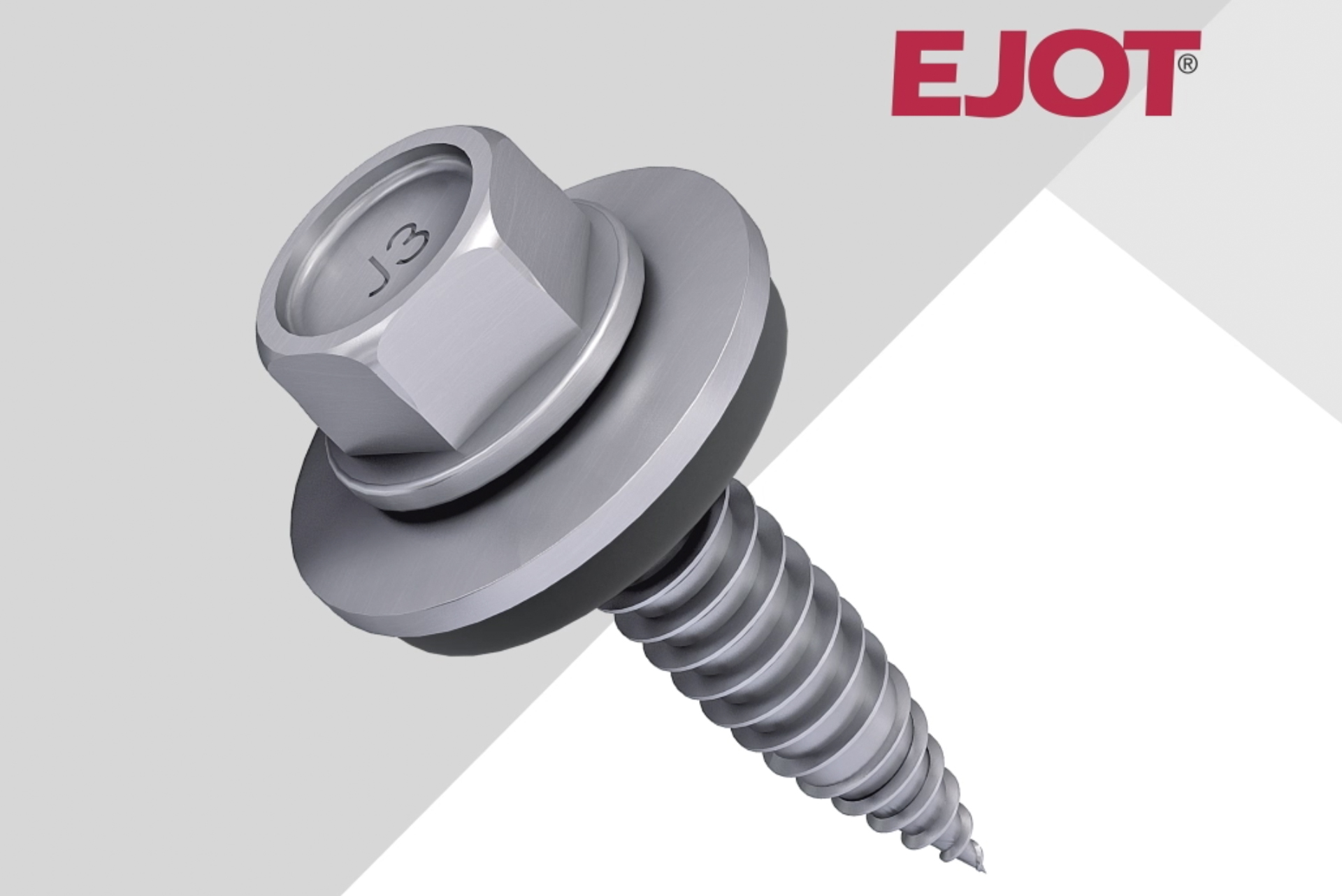 Watch the animation - it shows the product benefits as quickly and neatly… just like the product itself!